chicago is definitely... our kinda town!

My husband Jeff and I just got back from Chicago for a getaway weekend that was for our anniversary/Valentine's Day & Jeff's birthday which was Feb 11th. This was our second trip to Chicago and we have vowed to always stay at The Westin on Michigan Avenue. The room was very clean, modern, equipped with a new flat screen tv (which is a big hit with the hubby), granite & marble in the bathroom and of course the Westin's awesome beds and bedding (which by the way you can order all of the bedding online if you love it as much as we did). Before I forget they have the cutest green-leaf shaped soap too. On Valentine's Day we got a cute card from the hotel with a few heart-shaped chocolates. It's the perfect location too! The hotel is right on the Magnificent Mile, so anything that you could possibly want to do is within your reach by walking or a quick taxi cab.
Our first day, we checked out out two of my favorite stores Room & Board and Paper Source. We also had dinner at The Chicago Chophouse. To be honest it wasn't my first choice, but because of Valentine's weekend, reservations were hard to come by. The restaurant turned out to be pretty good even though we had dinner at 9:30pm - which is a very late dinner for us. We both had the wedge salad with blue cheese crumbles & dressing, smoked bacon and tomatoes. Jeff had the bone-in ribeye with a light cajun rub and I had a filet topped with a creamy, hollandaise sauce and crabmeat. We chose two sides to share. Russ's American Fries which are baked potatoes, sliced and sauteed until crispy with garlic, onion, white & black pepper, oregano and parsley and we had creamed spinach. By far my favorite of the sides was the potatoes. Soft and tender on the inside and crispy on the outside, with just a hint of seasoning. Since we ate dinner so late, we skipped dessert. Although, we saw a piece of the signature 7-layer German chocolate cake sail by our table that an entire table of 7 people shared, and let me tell you that looked excellent.
We slept in a little on Saturday which was Valentine's Day. Our day plans were to hit someplace on our walk to The Art Institute for a later breakfast. The Art Institute was about almost 2 miles and a straight shot down Michigan Avenue from our hotel. We decided to hit The Cheesecake Factory for a hearty breakfast. I had the Brioche Breakfast Sandwich - which was scrambled eggs, smoked bacon, ham, grilled tomato and melted cheddar cheese on brioche served with breakfast redskin potatoes. Jeff had the Sunrise Breakfast Burrito - which was a burrito stuffed with scrambled eggs, chicken chorizo sausage, potatoes, peppers and onions. It was topped with salsa, fresh cilantro, tomatillo and avocado cream and served with black beans. Obviously, we did not need lunch!
On our way to the museum there was a little park where tons of people were ice skating. We stopped and watched them for awhile. We took a few photos for some couples skating and we were off to the museum. Upon our arrival we realized that the entire month of February is "free" at the museum. What a bonus! The museum has an incredible collection. It was so amazing to see my favorites in real life especially "A Sunday Afternoon on the Island of La Grande Jatte" by Georges Seurat. Even though I had studied this piece several times in art school, I did not really comprehend the size. In real life, it's truly breathtaking. Other amazing pieces were on display by Monet, Van Gogh, Gauguin, O'Keefe and so many more. One other truly amazing collection at the museum was The Thorne Miniature Rooms. There were 68 rooms total, all done in a scale of one inch to one foot. Amazing! You can click on my link to see the rooms, but to really appreciate the details I would highly recommend checking this exhibit out in person. While we were at the museum, I saw the cutest little girl with her Mom. They were both sketching some of the sculptures. Who knows she just might be the next famous artist one day! She was so cute, I had to take a few photos. On our trek back we stopped at a Starbucks for some lattes and people watched out the window for awhile. Michiganders are not used to so much walking in the winter months! Whew! After our break, we continued down the Magnificent Mile and shopped our way back.
Later on that evening we went to Gino's East for pizza and more walking. We checked out Rush Street on our way back to the hotel. One thing for sure, Chicago folks are friendly... for the most part. We really appreciated all of the kindness from the people in the city and at the restaurants. Everyone was very helpful when we asked for information or directions. We love Chicago and we'll definitely be going back soon! 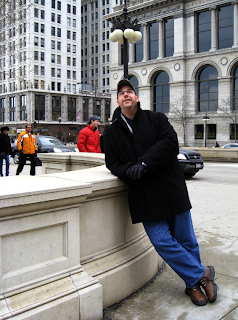 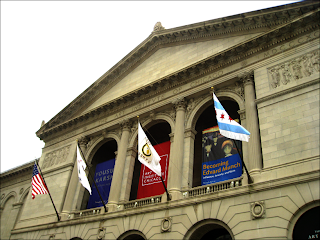 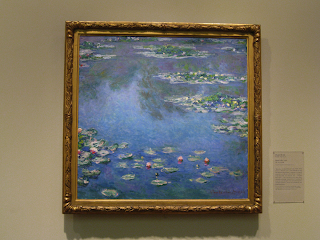 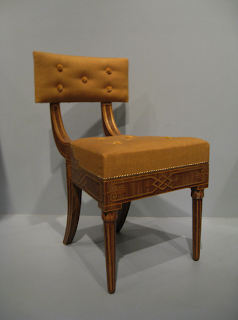 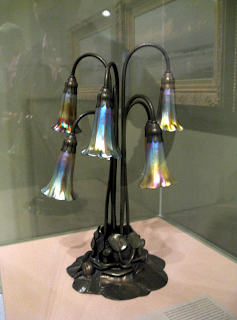 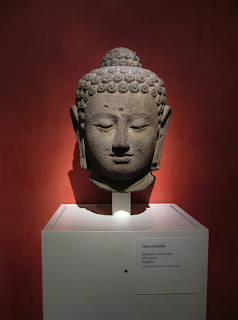 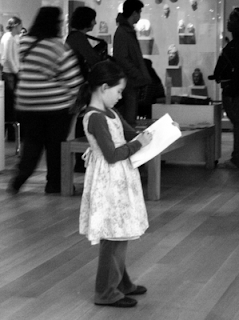 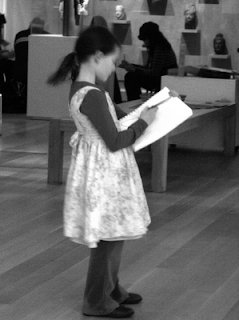 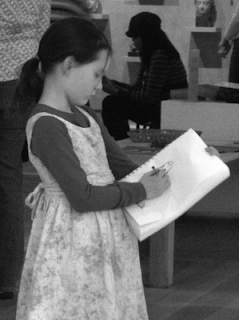 Email ThisBlogThis!Share to TwitterShare to FacebookShare to Pinterest
Labels: chicago, Gino's East, Paper Source, Room and Board, The Art Institute of Chicago, The Chicago Chophouse, The Westin, Valentine's Day