Vernors Ginger Ale was originally created by James Vernor, a clerk who worked at a Detroit, Michigan drugstore. James Vernor was called off to war in 1892, so he sealed up his "secret ingredients" in an oak cask, and upon his return he found out that something "deliciously different" (also the company tagline), happened in the aging process. In 1880, sales of the Vernors Ginger Ale became public in the drugstore that James Vernor opened, soon bottling and distribution began and later he opened a soda fountain.

Archival quality prints are now available in my Etsy shop of this Detroit classic soda! 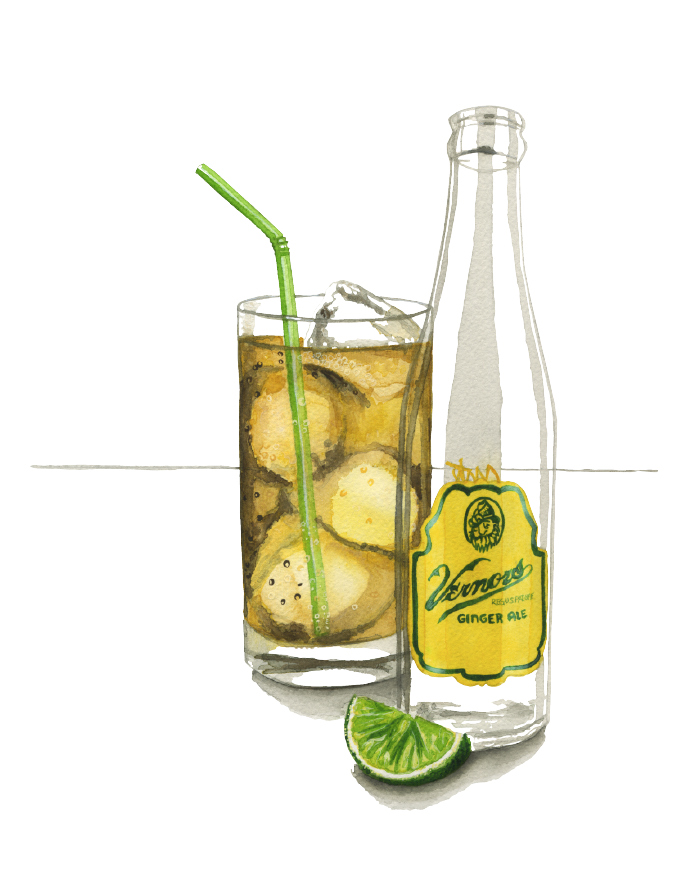